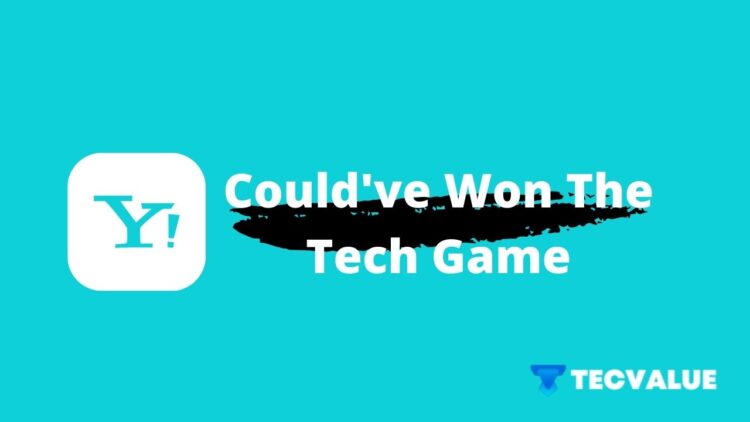 Yahoo was a big name before the coming of the 21st century, then why did Yahoo fail? What was Yahoo’s mistake in the past that it is not as valued as it should be? Let’s find out.

Before answering that, let us get things into perspective.

Ever wondered how the information age came in? Was it through computers? No, it came to reducing human efforts not to provide information. So then, what’s the right answer?

The right answer is the establishment of Yahoo, which pioneered search engines and created a virtual space for information. Yes, it didn’t start with Google. Then, what happened? Why is Yahoo not the standard reference for seeking a piece of information? Why don’t we say “Yahoo it”? This is what we will try to understand in this article. Why did Yahoo fail? What was Yahoo’s mistake?

Over the years, Yahoo made several mistakes, and it is more like a blunder than a mistake. In this article, Tecvalue will evaluate Yahoo and understand the circumstances of Yahoo and represent the goodwill of Yahoo as it stands now.

To begin with why Yahoo failed, one must be in a position to stress the history in a nutshell.

Yahoo began with the vision of pioneering the information gap through a virtual medium by creating a search engine and other divisions under it.

Still, it did all of that when it literally had no competition. With the coming of Google in 1998, it was not as valuable as Yahoo, but it had one important quality in its principles – purpose.

They were aware of what they were heading into and how it would revolutionize the virtual space with the incredible expansion of the internet.

Let us begin with the first major mishap of Yahoo- the google offer. Which provides a detailed description of Yahoo’s mistake.

Yahoo’s Could Have Bought Google

Yahoo had two chances before it to acquire Google, but it missed both the chances, and this is the beginning for the readers to understand the background behind the question – “why did Yahoo fail?

The year 1998 and Silicon valley witnessed many ups and downs in its tech world and witnessed the rise of tech entrepreneurs who dealt with virtual space. Google was one such example of entrepreneurship.

Google was actually not even called google, it was just an algorithm called PageRank. The algorithm was designed to collect data on the basis of some signals received from the pages and would rank them accordingly.

It prepared a technology that could identify the number of searches in a certain way with an amazing set of codes and decided to sell it to the company leading the vision of information searches- Yahoo. This is where Yahoo’s mistake took place and made Google what it is today.

Yahoo declined the offer of Google and instead advised it to incorporate itself through mutual investment capital and develop it for market consumption.

This sounds more like a push by Yahoo to let Google start on its own and not sell off the product they had with them.

This Yahoo’s mistake reference was echoed a lot by the media houses, but they fail to understand the other side of the confrontation between Google and Yahoo. As per Tecvalue’s analysis, it was more than just business.

Another layer to why did Yahoo fail? is toppled by the offer of google leaders and their refusal by Yahoo. This time the offer was pure business and nothing else. Google was willing to sell itself for $5 Billion dollars, but the amount was reduced by the leaders of Yahoo to $3 billion, which seems like a big Yahoo mistake that the techies have underlined over the years.

Tecvale has also sensed a similar pattern in the succeeding deals it had in its business years but more in the forthcoming passages.

The question of why Yahoo failed and the features of Yahoo’s mistake doesn’t end here. There are a series of mishaps that have led to the rise of such a question. It is peculiar, but as pointed earlier, it looks like a pattern.

Yahoo’s operations could have been expanded from being a mere media company to a tech company perhaps if they had managed to acquire Facebook in the initial days of Facebook with its few million users.

This time the situation was not favorable for Yahoo as days before the deal with Facebook, its shares started to drop severely, and their acquiring capacity came down to $880 million to the proposed $1 billion. Of course, this is not entirely Yahoo’s mistake, but they could have acquired Facebook anyway and revived their shares, but the board decided otherwise, and that’s what led to the miscalculation.

To protect their initial capacity, they forgot to channelize a way to bring in a new operation to gain back the trust of its shareholders. This is the trend that Tecvalue had mentioned earlier. It always has a shortsighted look at major deals that could change the status quo of Yahoo.

Yahoo also had a fallout with Microsoft in one of its acquisition deals worth billions.

Yahoo could have altered the speculation of the world with the question of “why did Yahoo fail” into “how did Yahoo revive itself?”, but as is the case in every opportunity that has come before Yahoo, the miscalculation and shortsighted vision of Yahoo always takes the lead in their decision-making process.

In 2006, Microsoft offered to buy Yahoo with a sum of $44.6 billion, which, given the status it had back then, was valid for the company’s valuation, and perhaps they could have managed to diverge from their current mishaps and could have operated differently. They could have prepared a plan of action.

To make matters worse, in the year 2015, Verizon acquired Yahoo’s AOL. Then in 2017, it bought Yahoo with a combined value of $9 billion, which was the showdown of a company that pioneered the digital world of information and paved the way for others to explore it further. T

hey left a legacy of great study in business and ended with just a simple question – why did Yahoo fail?

Yahoo failed to grasp the future prospects of the very business model they managed to create in the first place. Yahoo’s mistake will teach the world how a great company can fall with mismanagement.

Tecvalue had earlier stated that it has observed a pattern. The pattern is pretty simple, actually. Yahoo takes every opportunity to keep its goodwill ahead of the deal, however big the deal may be.

They fail to address the conditions of the deal and the circumstances that have brought them to this deal, be it with Google or Microsoft, with the exception of Facebook.

They have this strange standard of judging their clients whether or not it serves to their advantage. They don’t optimize the resources at their disposal and the favorable conditions before them.

In addition to the standards they apply to their deals, there is the issue of management which is responsible for all of the above deals.

The management of Yahoo had been lacking a vision for its company, and this is why it failed to cope with the internet conditions and the rewarding by-products that it brought to google.

Apparently, Google could have been extinguished if Yahoo had taken a leap of faith by purchasing it when it had the chance, but it was the failure of the management that has led to the breakoff from the deal.

Why did Yahoo fail? You asked the answer in a nutshell: the lack of foresight and inability to identify the scope involved in a deal by the top management is why Yahoo failed, and this is Yahoo’s mistake.

What is Crying Obsidian? What They Do & How To Get It