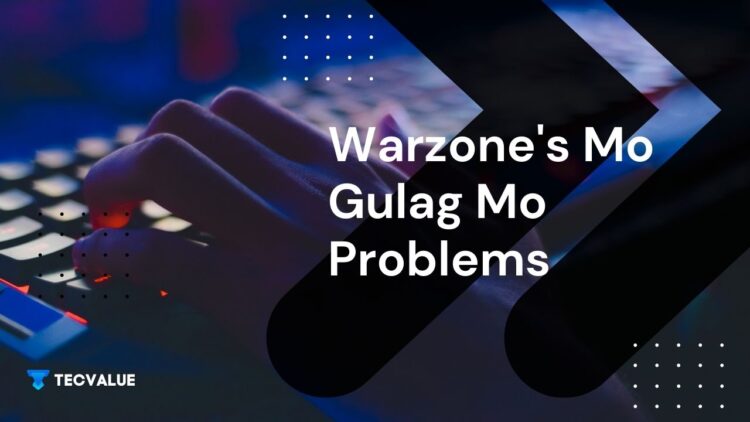 With this article, today, we are going to pander to our gaming-centric audience by having a talk about COD’s all-new battle royale instalment, and we are going to have a special take on “Mo Gulag Mo Problems” Warzone.

“Mo Gulag” is Russian Slang for “ More Problems”, and if you had sat through those boring history classes, you might already know that Gulags are Russian Prison camps during the times of the Soviet Union, which is apt for a World-Renowned FPS Game.

COD is among one of the most played battle royale games present in the gaming community and is also one of the most hyped as well. The Warzone standalone expansion of Modern Warfare 2019 is not only a unique addition to the game franchise but also aids Call of Duty in developing crossovers for new releases and features.

Warzone was moulded with elements from the iconic Call of Duty releases, MW 2 and COD Black Ops to hook the players in.

“Mo Gulag Mo Problems” is a playlist developed by Warzone’s devs for gamers. It is actually a Battle Royale game mode and the players can play it solo, in duos, in trios, or in quads too.

It modifies the pre-existing “Gulag” in the game. In regular Warzone Playlists, players are imprisoned and exiled to the Gulag upon death on the battlefield. It is an After-life arena where they are placed into 1v1 duels.

Winning a duel in the Gulag means you are granted another chance at winning the game. However, if you lose the duel, you lose your chance of redemption and have to either quit or wait out the span of the ongoing game.

In this new game mode, the Battle Royale now has an unlimited Gulag. “Mo Gulag Mo Problems”, as the name suggests, lets players have access to as many Gulag duels as they want.

The only catch is that you must win every time you get thrown into the Gulag. Every time you win at the gulag, your counter resets, thus, always giving you a second chance to put up a fight on the battlefield.

There is a slight relief that you are able to respawn in the Gulag, but like regular Warzone matches, the prison gets shut down once the endgame begins. In fact, players can get back to the battlefield if they only survive the Gulag, and will only be returned to the Gulag so long as they are alive from their last Gulag entry

Then again, if you get battered and killed in the Gulag, kiss your luck goodbye, and you will have to go back to begging your friends to get back in the game.

Here the infinite stim glitch also makes a comeback. It is a new system glitch that turns players invisible, and all the havoc with shadow banning players have really brought down the game’s reputation among pro gamers and streamers, but Mo Gulag Mo problems might put some heads up to the game’s legendary reputation.

Mo Gulag Mo Problems can be presented as a solution to the problems that players have been constantly facing with hackers and glitches, where players are given a chance to have additional action without any pesky players giving them a run for their money with all those hacked performance boosts.

For the newbies who haven’t got a chance to play it when it got released, Warzone Mo Gulag Mo Problems enables you to drop back into the battlefield several times, as long as you bear the brunt and survive the Gulag ( which isn’t as easy as it sounds).

After getting killed, you will be respawned in the Gulag and you get a chance at a second life, provided you win the Gulag.

The problem here is that when you are killed again, you will probably be sent back to the Gulag again to fight for your life.

If you keep getting squashed during the initial stages of the game, you will always get a chance at winning your Gulag match. There is a silver lining to this cloud of doom,  there is a cut-off region at the roundabouts of the fifth circle, which means that the final circle won’t get dominated by a turkey shoot.

That’s all the info you need to ace the Mo Gulag Mo Problems playlist. If you liked the article do read the full length of it.

Before you go, check out:

Warzone has been getting seasonal and festival theme updates since its very launch in 2020. Let us brief you on what to expect in Warzone as we enter the Christmas week of 2021.

Recently, the Warzone got a festive makeover with Xmas accented Festive Fervor update and the release of Caldera, a snow-covered map. Alongside festive-themed cosmetics, limited-time playlists and missions will be added to the game as well.

Confirmed additions to the festive event so far:

We are also highly speculating on the release of a new operator to the game. Nothing regarding that has been yet confirmed. Thus, all the info is based on leaks and rumours in the CoD community. Still, chances are high of seeing a new operator in Warzone this Xmas.

You must keep in mind that all these exciting additions are part of the “Holiday Event”.They will disappear with the departure of Christmas. So, be quick about it and win all the limited edition prizes that you can by playing Warzone right now!

Call of Duty, which was developed by Activision way back in 2003,  is focused on creating a war-like replica reminiscent of  World War II. As time progressed, they slowly shifted to the Cold War.

CoD Warzone was released on March 10, 2020, as a full-frontal battle royale spinoff of Call of Duty: Modern Warfare 2019. Here, you can purchase a respawn for your comrades at Buy Stations which are across various locations on the map, and you can also earn a respawn by winning a one-on-one duel in the Gulag.

Following up on Warzone, Activision further released two more games to the iconic Call of Duty series, the latest addition being CoD: Vanguard 2021

How to do Google Image Search on iPhone?

How to do Google Image Search on iPhone?