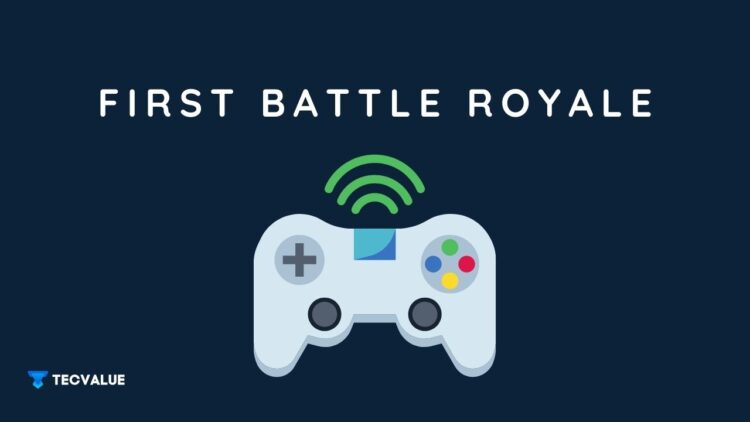 Legend says that the first Battle Royale game was through the form of the Hunger Games update in Minecraft, which was later renamed as the Survival Games.

The Survival Games borrows its unique style of gameplay from the film “Hunger Games” by placing players at the center of the map, near a set of equipment chests. When the game commences, players can compete over the resources which are spread out and need to be found with items stored in chests that are scattered across the ground.

As usual, players are eliminated, and the last surviving player wins the match.

Some sources also say that Metal gear online was the first-ever online battle royal game to be made, and that was released on the PS3 platform by Konami way back in 2006, which can be touted as the first console-based battle royale game. Still, because it wasn’t available to everybody ( only PS3 players in this case), we won’t consider this a pick.

What is a Battle Royale Style of Game?

A Battle Royale ( not to be confused with what you see in WWE ! ) in the gaming world is defined as a multiplayer game that blends the elements of survival gameplay with exploration and scavenging, with a lot of competing to eliminate you or survive until the countdown ends.

It’s arguably one of the biggest genres in gaming, and it fetches a lot of reaches too.

The origins of the Battle Royale mode actually existed way back in the ’90s when the multiplayer mode was made available in Last man standing games like the 1990’s Bomberman, which slowly transitioned into the grandeur form of Battle Royale we see now, along with the same nuances seen with survival and scavenging in an open world map-mode of gaming.

Now you might be thinking, what made this genre so popular?

It’s not like 200 Million people wake up every single day across the globe to eliminate people (Again, Online.) This had happened on a gradual scale with the advent of DayZ: Battle Royale, which is a mod of a Zombie-apocalypse survival game, DayZ, which was developed by solo game designer- Brendan Greene.

A game we all love and die for today. Although it started out as a standalone game at first, it caught the eye of South Korean developer Bluehole, who roped in Greene to watch over the entire game’s development.

The PUBG Beta version was launched in early 2017, and by December of the same year, it had 30 million players worldwide.

Also read | How big is PUBG?

Shortly after seeing this rapid growth, Epic Games came out with a free battle royale version of their own multiplayer game Fortnite, which offers a cartoon-like visual style and blends the survival game with Minecraft-like construction elements. So you can build, wreck and ravage, all at the same time!

There have also been many failed versions of inducing Battle Royale in Multiplayer games. One prime example could be seen in Btoom Online, a mobile multiplayer Battle Royale game developed and popularized in Japan in 2016.

It was based on a manga of the same name, which itself was inspired by the Japanese film Battle Royale!

Although it enjoyed some initial success, it went down as a commercial failure.

Live streaming of Battle Royale Games has also become a popular source of revenue in the Gaming Community. Pro Gamers stream their live gaming sprees, exhibiting their skills with funny commentary and casual tips and tricks for the audience to follow.

Also Read | Some of the Best Grenade Spots in Dust 2

The Open World Format of Battle Royale Games is also an important feature that stands out among other Gaming genres because they are nothing like the ones we see on the GTA series.

Studios go to great lengths to create these marvelous works of art. They possess a combination of rural and urban locations. They all tell a story and can be seen as props for the narratives that players create as they play along.

The buildings are present to hide items, but they also act as navigational tools; the bridges provide access to other playing grounds and act as choke points to encourage shootouts between enemies.

All in All, Battle Royale Games have become the staple when it comes to addictive phone games, which latches you onto the mobile screen, sucking away time and data as the hours pass on.

Tecvalue advises our readers to play the games with caution, for being engaged in such game sprees will not do much good to one’s health or mental stability.

What is Waves Maxxaudio and How to Disable it?