Smartphones have come a long way. Back in 2007, when the era of smartphones began, they used to be a novelty. Now, 16 years later, just about everyone owns a smartphone.

Most companies build their smartphones in a way that they last for a few years before becoming obsolete. This includes ending software support after a few years of release. The battery slowly stops working properly and the performance degrades as software and apps become more and more demanding.

Just to see how an old phone would perform in 2022 scenarios, I decided to take my old Galaxy S7 for a spin, replacing my Galaxy S21 Ultra and my Galaxy Note 10 Plus 5G as my daily driver for a week.

The result of this switch was quite interesting and fun. I will talk about all the good, the bad, and how every aspect holds up for 2022 standards.

Let’s get the technical part of the review done before we dwell deep into it.

The Galaxy S7, launched in 2016 was the flagship phone from Samsung with all the bleeding edge hardware from back then. It was a powerhouse and was even rated the best phone of that year.

Following is a little comparison of the specifications with the 2021 contender, the S21 Ultra.

The comparison might make you feel like the S7 doesn’t stand a chance against its younger brother, but as we go deeper, you will see it actually holds up pretty well.

There are 5 pillars to what a good smartphone is. If a phone checks all these boxes, it’s good, if it fails you might want to reconsider.

The S7 has the same old Samsung premium build, with glass on the front and the back, and metal rails all around. It feels very premium and well-built.

S7 comes with Gorilla Glass 4 on the front and the back, with aluminum sides. The buttons and earpiece are also made of metal.

In terms of design, the 2016 top-dog looks much dated compared to the new phones, with big bezels on the top and bottom of the display. There is a physical home button containing a fingerprint scanner on the front, with capacitive buttons on the side for the back and multitasking buttons. As a result, even with a 5.1” display, it still looks relatively bigger.

On the back, you get shiny glass curved on the sides for easy grip. There is a single 12MP camera in the center. There is a MicroUSB slot, a headphone jack, and a single speaker on the bottom of the frame. The SIM tray is at the top.

My S7 was my daily driver for about a year and after that, it was for the most part kept in a drawer until I took it out recently. I don’t use cases or screen protectors on any of my phones and it was the same for my S7.

The S7 is rated IP68 for water and dust resistance. So it can survive a dive in the pool or rain without a problem. The glass holds up pretty well in terms of drop resistance. (I did drop my phone a few times from table height.

Scratch resistance is where the Gorilla Glass 4 failed badly. My entire screen has level 6 and level 7 scratches all over. Even the plastic home button got all scratched up with its paint peeling off. The back glass was a little better but even there I could see some scratches and gouges.

The shiny back glass also picks up a lot of fingerprints and smudges. Indirect light, you can clearly see them and it looks bad unless cleaned.

Samsung has been the king of displays forever thanks to its AMOLED technology. The S7 is no exception. Even in 2022, the display looks really gorgeous. It has great color accuracy, contrasts, and good clarity, also due to the 1440p resolution. It gets bright even outdoors. Gaming, watching videos and even scrolling look really good on this phone even now.

Really, the only gripe (and it’s nitpicking for a 2016 phone) is that it’s 60Hz. I have been spoiled by high refresh rate displays and 60Hz felt really slow to me. After I got comfortable, it wasn’t an issue anymore.

The smaller screen was a relatively new experience switching from a 6.8” phone. I could use it single-handed and reach all 4 corners. I could text while walking my dogs, and not have to do any hand-gymnastics.

If you look at the specs, the old CPU combined with 4GB RAM doesn’t seem much. And at first, when I took it out it felt really slow. After a factory reset and flashing an Android 12 custom ROM from XDA, it was flying really.

The software support ended with Android 8.0 for this phone but an older android version always comes with security risks so I made sure to flash a new one before adding any information to the device.

With Lineage OS 19.1 based on Android 12L, the phone is really smooth. Apps open quickly, the animations are smooth.

The 4GB RAM did struggle to keep multiple apps open in the background. It got to a point that if I was using Instagram and opened WhatsApp to check a text, the first app would reload instead of staying in memory. It was really annoying!

For a 2016 phone, it did perform better than I expected. It wasn’t really laggy or choppy in any way. But it’s definitely not suitable for 2022 standards.

A disappointing 5/10 from me

The 2016-released Galaxy S7 was rated the best smartphone camera of that year. It had good crispy shots, excellent dynamic range, and decent lowlight performance.

Comparing it to a modern phone is kind of irrelevant, as we have a bigger sensor, new software algorithms, and better optics now. But we will still see how it holds up in 2022.

Daytime shots from the 12MP main shooter are quite good. The dynamic range is awesome, the colors look natural, and the details are good. The best part of this camera has to be the fast autofocus. Given plenty of light, it outperforms many new mid-range phones.

It shows its age in low-light now. There is no fancy night mode or big sensor to help with night shots. The photos in dim light look washed out, noisy and dark.

Coming to the front camera, we only have a 5MP sensor with no autofocus or any fancy features. Photos aren’t bad but they’re soft and lack dynamic range. The colors are quite good though but we can’t call it a point-shoot-forget camera. You might have to get a few shots before you get a usable picture

I remember back in the day, it used to be my favorite phone just for the camera, and using it again was really nostalgic. This is a shot from 2016 I took on the S7.

The first thing I did after taking out this phone was to replace the battery. I got a brand new one before writing this review and all my results are from the new battery.

It’s a 3000mAh battery but the fact that it doesn’t have to push as many pixels as a 6.8″ phone means the battery life was a bit better than I expected. With my heavy usage of texting, photography, and scrolling Social media apps, the battery life wasn’t as bad as I initially thought, but it wasn’t great either.

I was getting 3-3.5 hours of screen-on-time and had to charge around 5 PM every day. On days with light usage, the standby time was surprisingly good. I slept with a 100% charged battery and woke up with 98%. Only 2% usage in 8 hours showed how good the deep sleep on this phone still is.

It was slow but not really a deal-breaker for me. The battery life was quite dependable and I had no issues.

Do I Recommend Using an S7 Now?

If you’ve been keeping score, the S7 scores a total of 42 points out of 60. It was a fun experience using my favorite all-timer in 2022.

I still love the design so much on the old phones with the home button and sizeable bezels.

However, do I recommend picking up an S7 or any phone from that era? NO! Even in budget phones, you can get better performance and updated specs for less than what the Samsung Galaxy S7 costs in the used market.

It was a fun experience but every day I kept wanting to switch back to my main phone.

Although, if Samsung ever wants to make a phone with the S7 design and newer specs, they can have all my money!

Hope you enjoyed this review. Feel free to share your opinions in the comments and let us know what your favorite phone is! 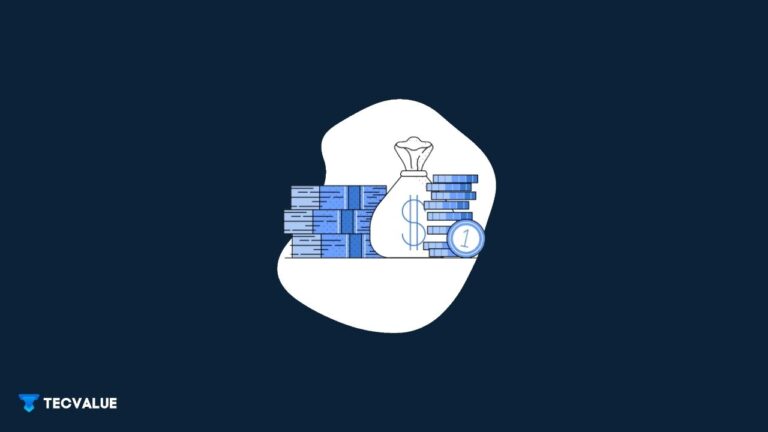 Hacking, card skimming, frauds, transaction errors, all terrifying terms, aren’t they? All Online transactions and purchases come with their… 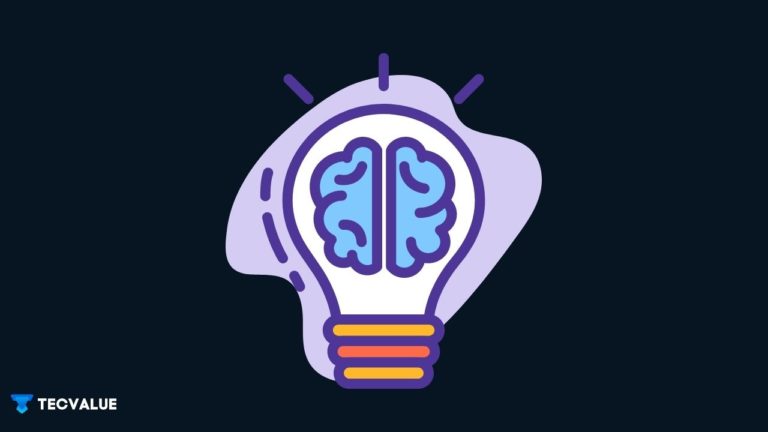 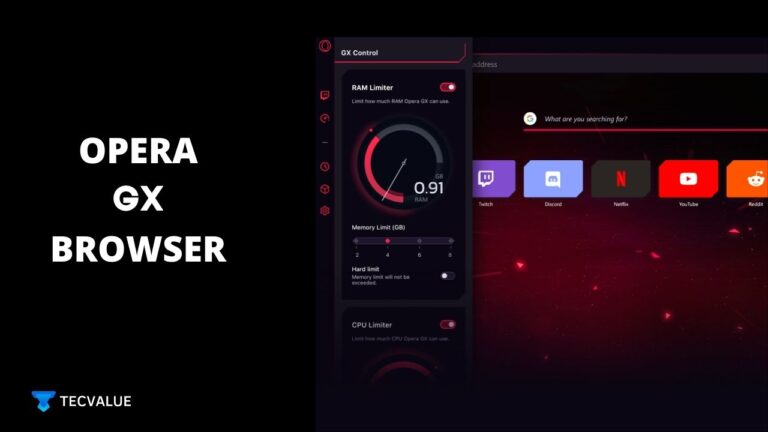 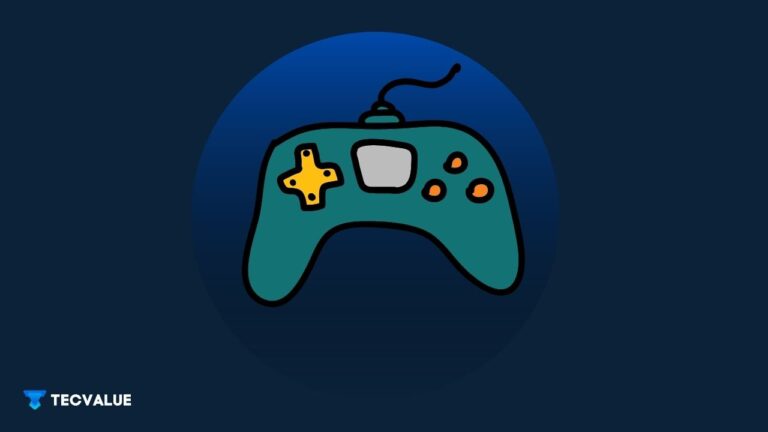 If Mobile Gaming is your thing, and you don’t have the budget to go all out on those Spec-amped…