Netflix vs Amazon Prime Video: Which is Better? 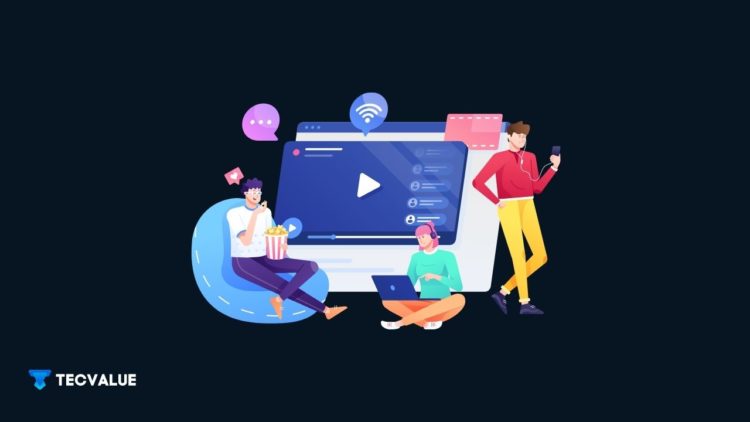 In this work-from-home Coronavirus era, people seek a safe mode of entertainment and escape from their busy schedules. Owing to this, OTT platforms have seen a massive surge in the number of views and investments.

There are a lot of brands in the industry but, there is no competitor who can overtake Netflix or Amazon Prime Video. They have been the go-to source of digital entertainment for the masses for a couple of decades and counting.

When discussion arises about two of the largest video-on-demand services, one cannot slip past the inevitable question  — Which is better: Netflix vs Amazon Prime Video?

We’ve made the comparison easy. Follow along to choose what’s best for you.

If you want a quick overview. We have you covered. Please note, you can either sign up for Amazon Prime Video as a standalone service or pay a couple of dollars extra for a host of additional features and benefits.

Let’s kick it off with the pivotal difference between Amazon Prime Video and Netflix. Their different pricing models.

Netflix has 3 tiers of membership plans to suit the needs of its U.S. audience.

Netflix Basic membership plan allows users to stream ad-free up to 480p quality video content on only 1 device(at a time) for a reasonable price of $8.99 per month.

We recommend this membership for you if you only want to test out what the Netflix library offers.

Netflix Standard membership plan allows users to stream ad-free up to 1080p (High Definition) quality video content on 2 devices simultaneously at the cost of $13.99 per month.

The Premium membership plan allows users to stream ad-free 4k+HDR content on 4 devices simultaneously. Netflix has currently priced this at $17.99 per month.

Amazon Prime Video, unlike its competitive counterpart, has a straightforward pricing model. An Amazon Prime annual membership worth $12.99 or $119 Annually gives you ad-free access to their entire catalogue without any sort of limitations.

It doesn’t just end here. You get tons of additional shopping benefits such as access to Amazon Prime Music, 1-day delivery, no delivery fee on selected products, exclusive discounts, gaming benefits and so on.

If you want to opt-in for just the streaming services, you can subscribe to Amazon Prime Video monthly membership for $8.99.

We do not recommend going for just the Prime Video Membership as a standalone service as it is not a great deal when you could just get so much more by upgrading to Amazon Prime for a few extra bucks.

Enrolling on a Netflix or Amazon Prime membership won’t do you any good if you don’t own any of the compatible devices.

Both provide support for a wide range of devices. However, being the industry leader, Netflix boasts the longest list when it comes to device compatibility.

Netflix is compatible with all the listed devices. But, it overtakes Amazon Prime Video due to having additional support for Nintendo 3DS and Nintendo Switch. This may or may not be a deal-breaker for some.

Bang for the buck or not? Find out!

What to watch on Netflix

Netflix has an extensive collection of licensed movies and TV shows, out of which 33 movies and 69 TV shows have ranked in IMDb Top 250 list.

If there is a buzz about a TV series in town or on social media, chances are high that it’s a Netflix Original release. Netflix is second to none when to comes to production quality. Their only consistent competitor is HBO.

Over the years, Netflix has been steadily down-scaling its catalogue of movies and instead it has been increasing its Web series arsenal. Its originals contribute a good amount to its growth.

However, Netflix is also being stripped of some of its most viewed content. It is expected that upcoming Marvel, Disney and Star Wars instalments will become Disney+ and Hulu exclusives.

What to watch on Amazon Prime Video

Amazon Prime video boasts a much larger library with over 26,000 movies and 2,700 shows(and counting). Recently, they acquired MGM. Now users can access and enjoy iconic era films like the Rocky series and James Bond.

However, the overall quality of content is still not on par with Netflix.

Netflix is designed with the goal of embracing the strengths of each platform. It has a highly consistent and user-friendly UI.

For instance, mobile-optimized Netflix application for both Android and iOS.

Their website interface is even more accessible. You can easily search for your favourite titles, scroll through the trending and recommended ones, check out your wishlist and switch profiles — all from the home screen.

The experience on Netflix is simply fabulous. They have mastered the art of optimization. Their audio/video compression levels are sweet on the spot and blend with your internet connection smoothly.

On the contrary, Amazon Prime Video has a jarred and inconsistent user interface. It is not well optimized across all platforms. You can have varying experiences depending on the devices and internet connection.

Its UI design looks decent but, its recommendation engine is far inferior when compared to Netflix.

Despite their mediocre UI, there is one exclusive Prime Video feature that can be appealing to trivia fans. Amazon X-Ray.

Amazon X-Ray is an exclusive Prime Video feature. It breaks down a scene from the video player and gives you various trivia.

For instance,  access to cast photos of actors in the scene, cinematography, soundtrack info, background info about the scene(if any) and any sort of interesting tidbits to feed those who are hungry for facts.

Cinephiles will take this feature seriously.

Tecvalue recommends: Netflix grabs this point with its superior design.

Final Verdict: Which is better Netflix vs Amazon Prime Video?

What can Amazon Prime Video offer which Netflix can’t? The answer lies in all the additional perks, including critically acclaimed TV streaming, music, shopping benefits, etc which comes with an upgrade to Amazon Prime subscription for $12.99.

At the same price as a Netflix Standard membership, you are getting much more than just hours of entertainment. It all boils down to whether if you are willing to compromise on the quality of content or not.

If you are only seeking an outlet for a break, then Amazon Prime Video is the way to go for you. But, if you take what you watch seriously, Netflix is a better alternative.

Because, if you compare them strictly on the basis of streaming merit, there simply is no competition to Netflix.

How To Show Battery Percentage on iPhone XR?

Attend Two Zoom Meetings at the Same Time | Here’s How!

Grew up playing games and idolizing Naruto. Into Cybersec. Cultured with Anime and Movies. Connect with me~

Attend Two Zoom Meetings at the Same Time | Here's How!