by Abbaz Uddin
Reading Time: 8 mins read
A A 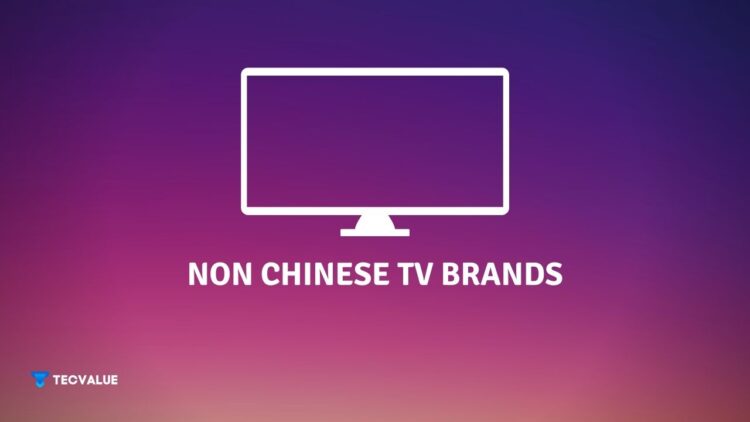 It is a perfect time for the smartphone industry in terms of increasing their sales through their innovations and competition, however, it has not been a very good period for the non-Chinese mobile brands. Chinese smartphone brands have been giving companies like Samsung and Apple a run for their money.

It won’t be an overstatement to say- Smartphone brands from China have been leading the industry’s innovation.

Non-Chinese mobile companies have found themselves in quite a tight spot over the past couple of years. With all this competition from Chinese brands, companies like Samsung, Apple, Google, etc., have caught up and are trying their best to cater to the mid-range to upper mid-range market.

According to Counterpoint Research, 40% of all smartphones shipped globally in Q4 of 2020 were from Chinese smartphone brands, and more than 60% when we talk about the Indian smartphone market.

In this article, we will look at some of the Non-Chinese mobile companies in India and around the globe. This can prove to be a challenging task for some people with an endless number of Chinese options.

Disclaimer: All logos belong to their respective owner and their affiliates. It is used under Media usage.

Arguably, Samsung is among the handful of non-Chinese mobile brands that can give a significant competition. Samsung is a South-Korean conglomerate that also happens to manufacture smartphones along with several other electronics.

Samsung is a very diversified company with a significant foothold in many other industries. Samsung produces microchips, home-appliances, provides financial services, manufactures displays, and many others.

Samsung shipped 62.5 million smartphones in the fourth quarter of 2020, one of the two non-Chinese mobile brands to do so.

Apple is another brand with a strong focus on smartphones, as it accounts for most of its profit. Apple is hugely dependent on its iPhone sales for profit. Over the years, Apple has not been an innovator in the smartphone industry in particular.

Since when does innovation reflect on iPhone sales, though? Over the years, it has been proved that Apple has a huge fan base with unbelievably strong brand recognition, which reflects in their overall sales.

Apple shipped 81.9 million smartphones in the fourth quarter of 2020, making it the largest and the only non-Chinese smartphone brand to sell that many phones and have that kind of market share.

LG is another South Korean conglomerate with a presence in many industries. While LG is a huge brand when it comes to home appliances, it has failed to build a strong reputation when it comes to smartphones.

A lot of factors contributed to LG’s smartphone failure- a story for another day. As we are curating this article, LG just went out of the smartphone business.

Although not a major player in the smartphone market, Google is certainly trying its best to remain relevant. Google makes some of the best camera phones.

The stock android experience and super early android updates are some of the strong selling points for Google.

There’s hardly anyone not aware of Nokia. Although it has huge brand awareness, it lacks confidence in the buyers’ minds for its brand lately.

With a bunch of changes in its ownership and operations, HMD Global finally is trying to revive the brand by leveraging its huge brand recognition and recall value.

Only time can tell if Nokia will ever rise again to its full potential.

Sony was never that big of a dominator in the smartphone industry. Unlike any other brand,  Sony never seemed to have come aggressively challenging other brands.

Now Sony focuses on a niche, the photography niche. Their latest smartphone, the Xperia Pro, is arguably a smartphone targeting the smallest demographic. All and all, Sony couldn’t be left out of this list.

Apart from making computers, Asus also manufactures phones. After seeing its ROG series of smartphones we can’t deny the fact that Asus is trying. The target audience has shrunk as they mostly focus on Gamers with its ROG series.

If one loves to game, they should definitely consider looking at the Asus ROG series of smartphones as it is one of the best non-Chinese gaming phones.

One of the pioneers in the industry, at one point in time- HTC was one of the best non-Chinese phone brands out there. As expected, it couldn’t keep up with the Chinese smartphone brands.

HTC has been trying to come back with its recent phone line, but nothing seems significant for now.

It has been a patchy path for Motorola, the once iconic brand. When Google announced that it would acquire Motorola, it looked like they could indeed bring back the Moto brand but Google was not interested in Moto at all. All they wanted was their Patents.

Motorola was then sold to Lenovo- Chinese, Hong Kong. Lenovo bought Moto to use its footprint to expand into the US, but that seems to be far-fetched.

So, these were some of the handful of Non-Chinese mobile brands that are still relevant somehow. Competition drives innovation and aggressive pricing, which makes the end consumer win in the end.

One of the most prominent reasons for Chinese smartphone brands to win is their belief in “Value for Money.” In other words, quality products at reasonable prices.

It will be interesting to see how these smartphone brands like Apple, Samsung, Google, etc., take this ever-increasing competition from the other side.

So, how do you choose your smartphones and which phone are you using now? Let us know in the comment section below.

Here’s How To Turn Off Accessibility on Android

LastPass Free vs Premium: Should You Upgrade?

How to Find Your Friends on Spotify