OnePlus 8 series to go live on sale from the 29th of May.

OnePlus™  8 series will be available for you to purchase on the official website and it’s online retail partner Amazon.in, although Oneplus organized a special sale on the 18th of May on Amazon for OnePlus 8, the regular sale for both to start from the 29th of May.

OnePlus™  8 series as expected comes with latest and greatest under the hood, the Pro variant comes with 6.78″ QHD+ display with a refresh rate of 120Hz and it supports HDR10+ as well, which is one of the best displays out there in the market, it packs in Snapdragon™  865 in terms of SOC and Adreno 650 GPU to drive the performance, on the storage front the base model starts at 8GB LPDDR5 RAM and 128GB UFS 3.0 storage capacity.

The moment we all have been waiting for, now the Pro model of OnePlus™  8 series supports wireless Warp™  charging with its proprietary charger which doesn’t come inside the box though.

Like usual it includes all the basic sensors with 5G and it comes with Android™  10 out of the box with OxygenOS on top of it, which is by far the most loved skin on an Android™  device, and a 4510mAh battery to power all this up.

On the storage and memory front it starts with 8GB LPDDR4X RAM and 128GB UFS 3.0 ROM for the base model.

OnePlus™ 8 also loses out on Wireless charging while it sports a battery of 4300mAh which doesn’t change a lot from the Pro variant.

Now the interesting part, the price, so the regular OnePlus™ 8 starts at 44,999INR and the Pro variant starts at 54,999INR which doesn’t feel like OnePlus pricing cause the basic foundation of OnePlus™  was Flagship in a killer price hence, “Flagship Killer” but but but… there are many reasons as to why OnePlus™  phones have got expensive lately, one reason out of many for this increased price with particularly the 8 series involves Qualcomm™(read more), as it launched the latest SD 865 it kind of made the OEM’s mandatorily opt for the 5G which is new and expensive, cause unlike the prior SOC it doesn’t have the 4G/5G modem on-board so, both the 5G & 4G comes in a different chip called the X55 Modem, also making the phones bigger as it requires additional space, also I’m working on a detailed article on the reasons of OnePlus™  phones getting expensive, stay tuned for that.

Update: Click here for the article trying to explain the price increase. 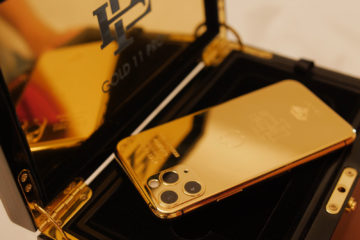 Table of Contents HighlightWhat is Escobar Inc?How are they offering gold platted iPhone 11 Pro for $499?Escobar Inc & YouTube.Marketing of iphone 11 pro and Samsung fold.Why will you not get a Refund?Do they really Read more… 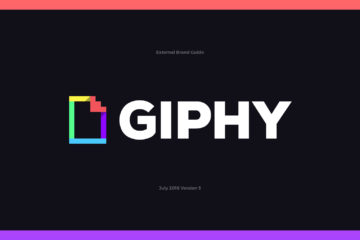 The GIFs & Animated stickers platform; Giphy has been taken over by Facebook in a recent deal, the news was first bought in light by Axios later it was confirmed by Facebook’s official handle with Read more…