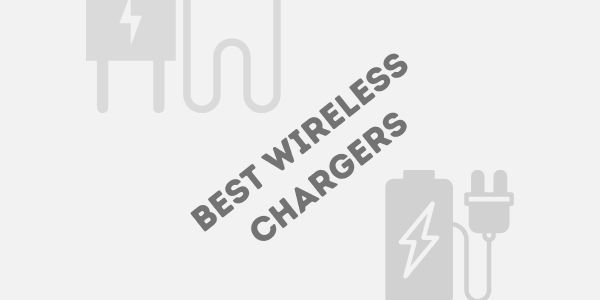 Almost every premium smartphone from the likes of Apple, Samsung, etc, and some recent affordable smartphones come with wireless charging support but you almost never get a wireless charger inside the box.

It can charge iPhone in 7.5W and Samsungs at 9W along with a speed of 5W for any other Qi Certified smartphone.

Nanami’s 2-coil wireless charger comes with a Quick Charge 3.0 adapter. It can charge most Samsung phones at 10W and iPhones at 7.5W with 5W charging speed for all Qi-compatible smartphones.

It comes on a bit of expensive size due to the QC 3.0 adapter it comes along with.

It can also charge your smartphone with a case of upto 5MM.

As the name suggests you can charge two devices at the same time with the CHOETECH Dual Wireless Charger. You also get a QC 3.0 adapter included with it.

It has an output of 5W which is kind of slow but if you have multiple devices to be charged like an iPhone and an Apple watch you can go for it.

It can also charge with a case on upto 5mm.

You can go for the Belkin boost wireless charger if you are on a tight budget, it can charge your phone at 5W, one of the reasons for its cheap price tag.

It will charge all iPhone, Samsungs and every Qi certified smartphone at a similar pace of 5W.

Additionally, if you have a case of upto 3mm you have nothing to worry about.

Anker’s 10W wireless charger is another option you can consider. It can charge compatible devices(Samsungs, specifically) with 10W for which you’ll have to purchase a QC 2.0 or 3.0 adapter additionally.

It will charge with a standard speed of 5W with any 5V/2A adapter, but for the faster speed, you will have to get a fast adapter.

If you have an iPhone please note, it will only charge in standard 5W speed.

Conclusion & Things To Consider While Buying.

The charging speed will vary from the charger to charger, and it would be great if you look out for a charger that has Qualcomm’s Quick Charge support.

Check twice what else do you get in the box, most cheaply priced chargers won’t come with a QC support adapter, so to use the fast charge feature you will need to purchase an adapter that supports QC technology.

If you have multiple devices to be charged at the same time go for multiple coil chargers.